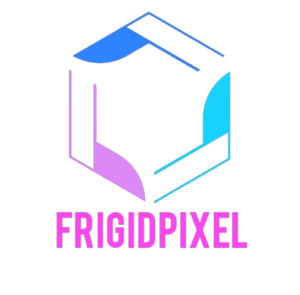 Rapid prototyping is a process that creates a physical model of a product using a variety of manufacturing techniques. It is useful for many different kinds of parts, including components and sub-components. These can be replicated several times throughout the design process to determine whether the part or feature is ideal. It can be used to test a new design or product idea. It is also often used to test different versions of a finished product.

The rapid prototyping process has its roots in topography and photosculpture. In the 19th century, Blanther and Matsubara came up with a layered method to make a mold. Using a layered method, they cut contour lines on plates. Then, the matsubara method involves stacking thin layers of photopolymer resin to form a mold. During the 19th century, Francois Willeme developed a process that would create replicas of objects. The result was a silhouette of an object that could be reproduced to scale.

During the design process, a CAD system creates a physical model of the object. After a CAD system creates the model, it can be printed in a variety of materials, including plastics and metals. The resulting product can be used to make multiple parts and test a specific feature. In addition, rapid prototyping allows the manufacturer to test the functionality of a product before it is introduced to the market.

The main advantage of rapid prototyping is its ability to generate multiple versions of a product. Unlike a wire-framed model, a 3D object can be produced more accurately and quickly than a wire-framed model. Furthermore, a CAD model can be converted into an STL file. An STL file is a three-dimensional representation of a surface geometry that does not include textures, colour, or other attributes.

One of the advantages of rapid prototyping is its speed. A company that uses this technology can get to market much faster than one that has to rely on older technology. Using this method allows them to quickly test their ideas and make changes until they’re perfect. This is especially important for companies with new ideas. However, many of these products are too expensive to make in a day, which only leads to more expensive problems later on.

Rapid prototyping also helps companies save money. It helps them get to market faster and avoid spending too much time and money on prototypes that do not meet their needs. Traditional companies spend too much on these prototypes, which are only meant for testing and changing until they’re ready for the market. In addition, the process is flexible enough to accommodate multiple revisions. Therefore, the results can be very impressive. The key to success is to use it wisely.

Using rapid prototyping is a good way to get real feedback from customers and reduce the risk of a new product failure. By creating a physical prototype, the product team can get immediate feedback from users and make changes based on this feedback. By utilizing this method, students can turn innovative ideas into successful parts. The process can reduce the amount of time and money that is needed to perfect the design and launch a new product.

How to Make a Stick Horse at Home